I guess I'm back, sort of 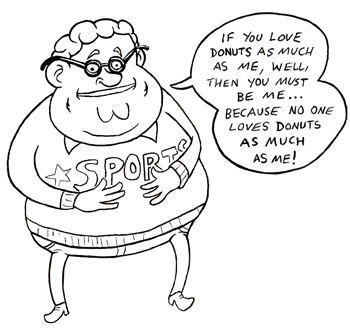 As I resume posting sketches here, I'll note that the character above ended up somewhat resembling KC Green's depiction of himself. The sketch is pretty old so I don't remember if that was intentional or not.
I started work on a graphic novel recently, which might prolong the lack of updates at UltraCrispy. I'm toying with the idea of posting a semi-daily, quickly-rendered, semi-autobiographical comic, mostly to combat my crippling, perfectionist tendencies. My last attempt to do so was unfulfilling, so maybe that's a bad idea. I'll see. You'll see. We'll see.